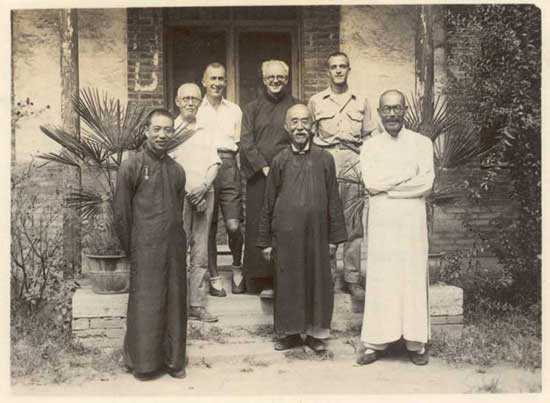 The "ESCAPE" team,
From left to right
Larry Tipton//Father Raymond de Jaegher//Arthur W.Hummel
Centre front
Father Tchang// … and his Chinese friends who helped L.Tipton and A.Hummel to find their way to the Chinese guerrillas … 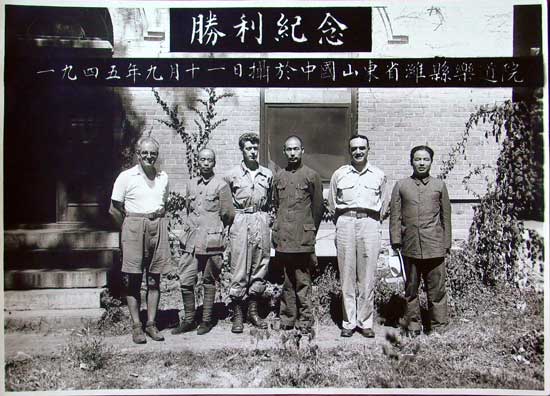 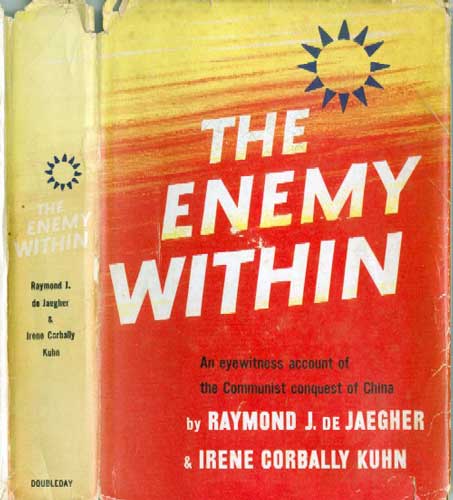 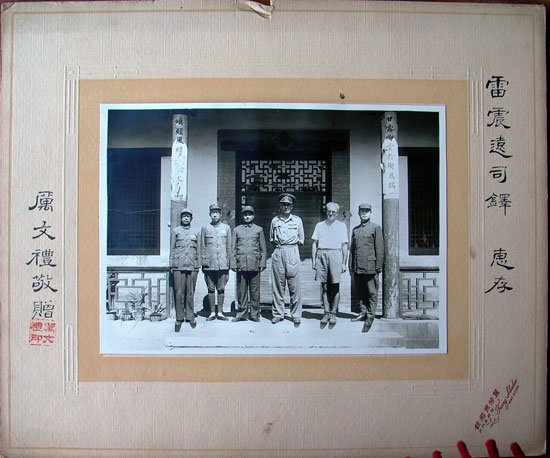 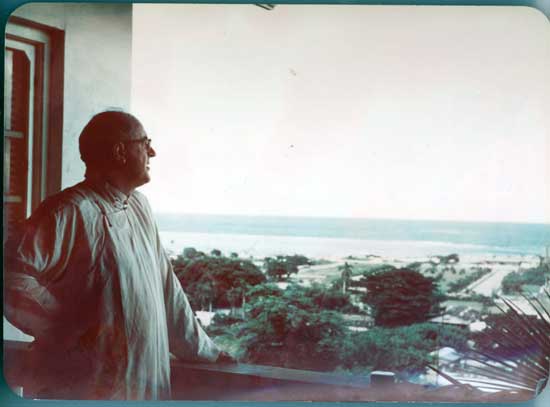 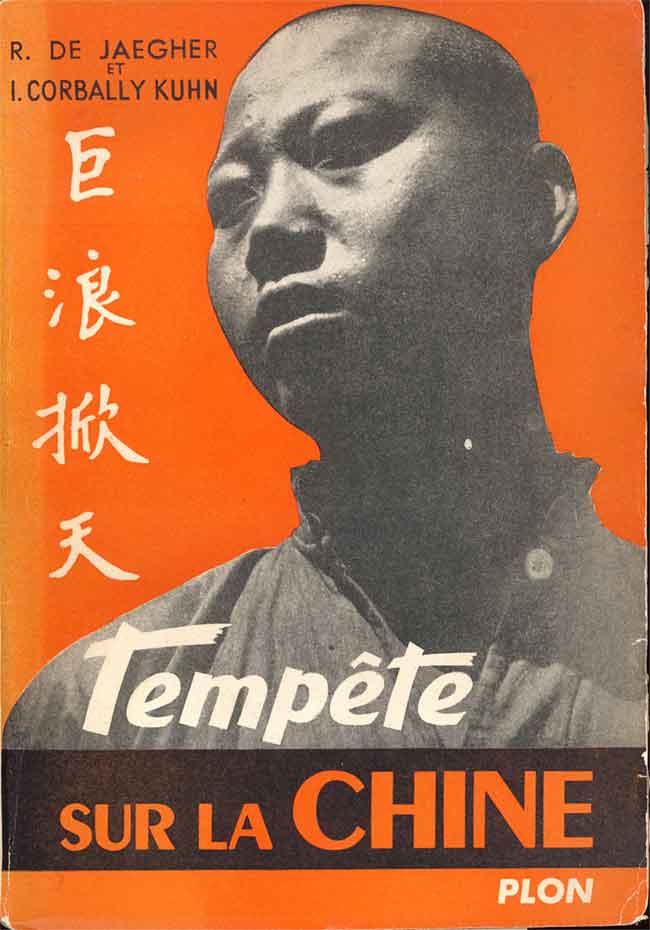 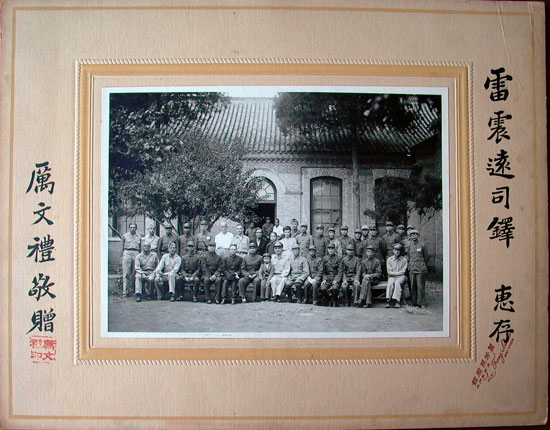 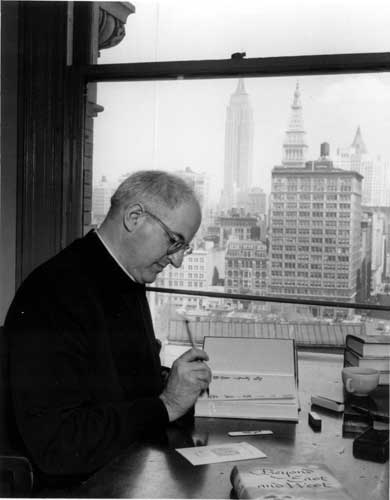 Raymond deJaegher (1905-1980) was a Roman Catholic priest, a Belgian missionary in China (S.A.M. = Société Auxiliaire des Missions). A Jesuit. He was a highly intelligent and smart person, fluent in many European languages. He spoke read and wrote in Chinese and was very close to the local population. He was at ease with the wealthy and the poor, the young and the old whether his or her religion or convictions. He could listen to your problems and find the right way out.

In Weihsien (I know from what father Hanquet told us) … that he voluntarily stayed in the background by accepting the most repulsive of chores: the latrines. It was the best way for him to stay in close contact with the local population of the outside world - the honey pot men amongst others - with whom he could exchange all sorts of information. Father deJaegher was also in close contact with the members of the Committee of the Camp and worked for the best possible welfare of all the prisoners, regardless of their religion, nationality or social position.

It is Father deJaegher that imagined the scheme of smuggling letters by means of the cesspool coolies in hermetically closed tin cans. The news of my little sister's birth was sent to the family in Belgium by that purpose. It is also Father deJaegher who smuggled inward messages thanks to the Chinese coolies noisily expectorating small silk cloths carelessly on the dirty ground near a wall or in a discreet place. He was quick to pick them up when the Jap guards were looking the other way.

It was Father deJaegher who imagined and organized the escape plan with Laurence Tipton (also very fluent in Chinese). It is he, with the approval of the "Committee" that took all the necessary arrangements with the Chinese guerrilla forces for the safeguard of the escapees. (Read Norman's documents.)

Maybe unknown to many of you, the purpose of this escape was not - simply - to run for freedom but to use the guerrilla's infrastructure to contact the Allies (the Americans) through Chungking, let them know where we were ― in Weihsien ― and what were our absolute needs as to food, medicines … etc. We were, in fact, short of everything. The escapees were to stay in the vicinity of the Camp and move as the guerrilla forces did. (Read Tipton's book.)

And when the decision to "go" was taken with McLaren's approval, Monsignor Rutherford (a bishop in Camp) was opposed to deJaegher's leaving the camp and threatened him of excommunication if he did so. Father deJaegher then, switched places with Hummel ― also very fluent in Chinese ― and Tipton and Hummel finally left the Compound on a moonless night.

Nevertheless, Father deJaegher continued his chores at the latrines, received the messages from the "outside" ― informed the Committee. All these actions made possible the reception in Weihsien, of several crates of indispensable medicines for the hospital, all this, thanks to Mr. Egger, the Swiss Consul's precious collaboration. (Read Pamela's book.)

When we were finally liberated and so many "group" pictures were taken by the Americans, Father deJaegher figures on most of them.

Now, the time has passed … we are many years later and it is more than 15 years that I am busy building this website with your help. I have read many books about the same subject: Weihsien.

The one thing I notice is that Father Raymond deJaegher is rarely mentioned in the "books" that have been written about the subject. In Langdon Gilkey's book, just to take one example: page 175 he writes about "the Jesuit" and further, on page 204: "the discreet missionary" …

In many of the other books, he is not even mentioned once. (?)

In fact, always filthy and smelly with his "latrine job", he was one of the key figures of the system and he managed to stay "discreet" so the Japs couldn't lay their hands on him.